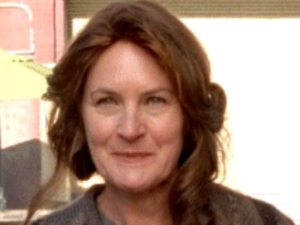 What is Mary (Denise Crosby) cooking is one of the greatest mysteries of Season 4? Many believed that she might be cooking Beth Greene (Emily Kinney), but that was just a wild rumour as she was spotted in the San Diego Comic-Con trailer as well as the latest one titled “Never Let Your Guard Down.” “The Walking Dead” Season 5 will showcase Mary, a character specially introduced for the TV show.

Denise Crosby talked to Moviepilot about Mary in the new season of “TWD” and how she feels to be a part of AMC’s hit zombie show.

Moviepilot asked if she is going to come up with a backstory for Mary.

“You’re going to find that as the season begins these moral conflicts will come out, this real determined, soulful woman that she is. This is the beauty of how Scott Gimple writes, he goes for these very deep, layered, human obstacles that they’re up against, and the stories we tell ourselves to make the world seem right. It was an interesting process because so little is revealed to you as you’re coming to the show and between seasons because they’re so protective of everything- I had to really sit down with Scott and have him talk to me at length about Mary and about Terminus, and about what it all really means.”

When asked how she feels to be a part of a show like “The Walking Dead” that has a massive fan base.

Crosby said that it is a blessing for her to be a part of shows like “The Walking Dead” and “Star Trek.” She added that unlike “Star Trek,” “TWD” is current and it is a “great gift to stay current and stay topical.”

“The Walking Dead” Season 5 premiere episode is going to answer many questions as Season 4 left fans on a cliffhanger. It will be great if Episode 1 shows what Mary is cooking. 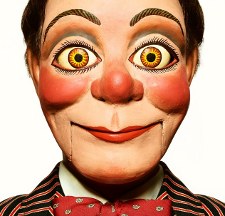